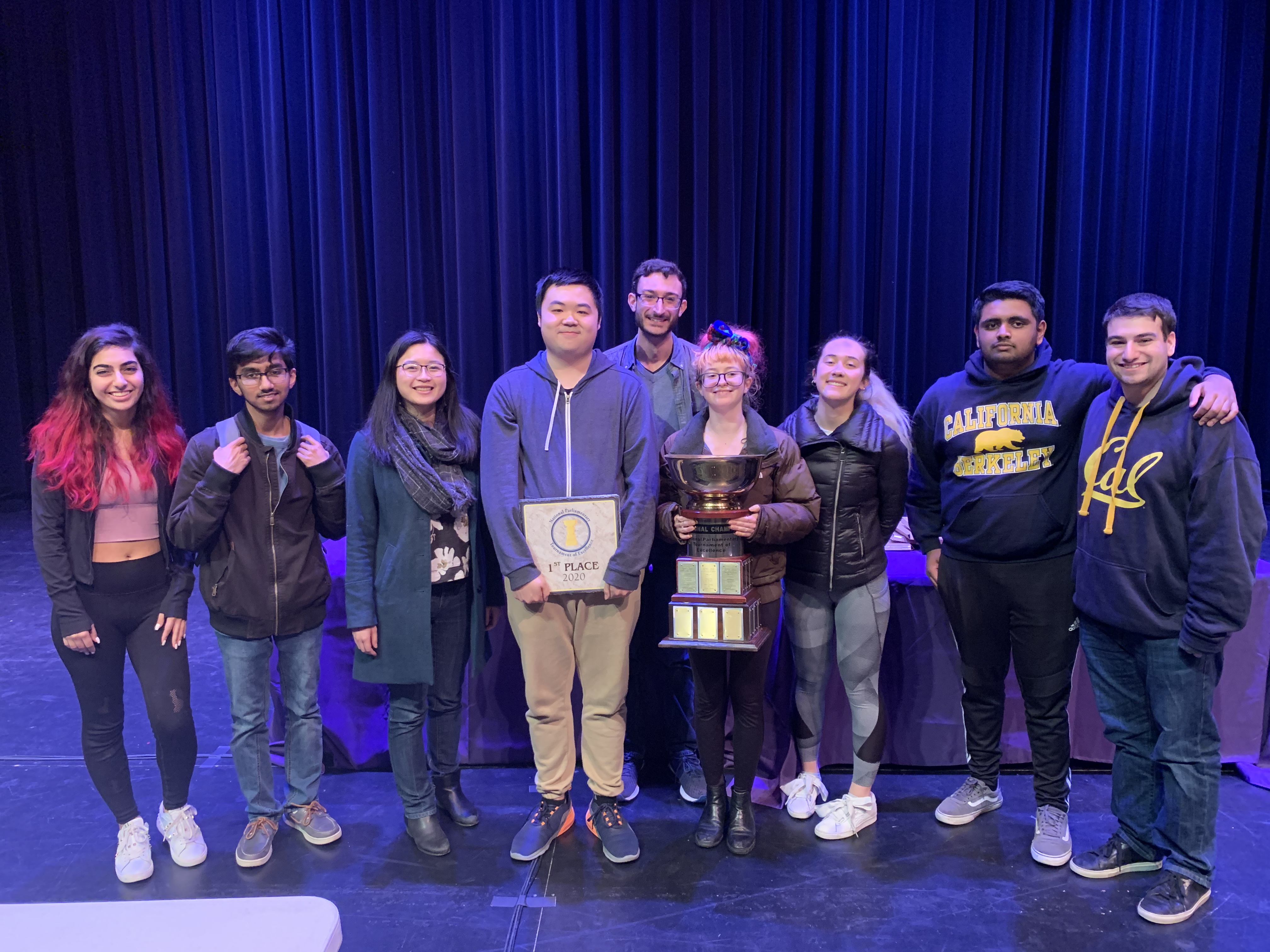 Parli at Berkeley Closes the Season with Two out of Three National Championships!

For the third year in a row, Parliamentary Debate at Berkeley finished the season with victories at two of the three NPDA national championships. RY (Rashid & Yang) dropped only two round-robin ballots to take 1st Place at the National Round Robin, and the two partners finished as 1st and 3rd Place Speakers respectively. MN (Miskell & Nikoubin) took 3rd Place, and PDB ended with the best overall team performance. At the National Parliamentary Tournament of Excellence, MY (Miskell & Yang) took the Championship Cup after entering the tournament as top seed and finishing 8-2 in prelims. This marks the fourth year in a row that PDB has been in NPTE finals, and the third year in a row that the team has won it, making us the most successful program in the tournament’s history, all while being fully student-run. Meanwhile, the freshman-sophomore team BR (Bonet & Rashid) finished in 4th Place, earning 4th and 6th Top Speaker.

Although PDB did not win the NPDA Tournament Championship, the team earned 1st Place Tournament Sweepstakes for the second year in a row, and 4th Place Season Sweepstakes covering all non-nationals tournaments of the academic year. Three of PDB’s four teams advanced to eliminations, finishing in Quarters, Octas, and Double Octasm, and placing three of the top ten speakers. Overall, Parliamentary Debate at Berkeley closed out the season with an explosive finish, cementing itself as one of the most successful programs in NPDA history.

As a student run program, we are always in need of financial support to continue providing opportunities for our debaters to travel and attend tournaments. We make a financial guarantee to all our competitors that the team covers all tournament-related costs, which would not be possible without your aid. Please consider making a tax-deductible donation on our Donations page to allow Parliamentary Debate at Berkeley to support the team and ensure its continuation in future years! 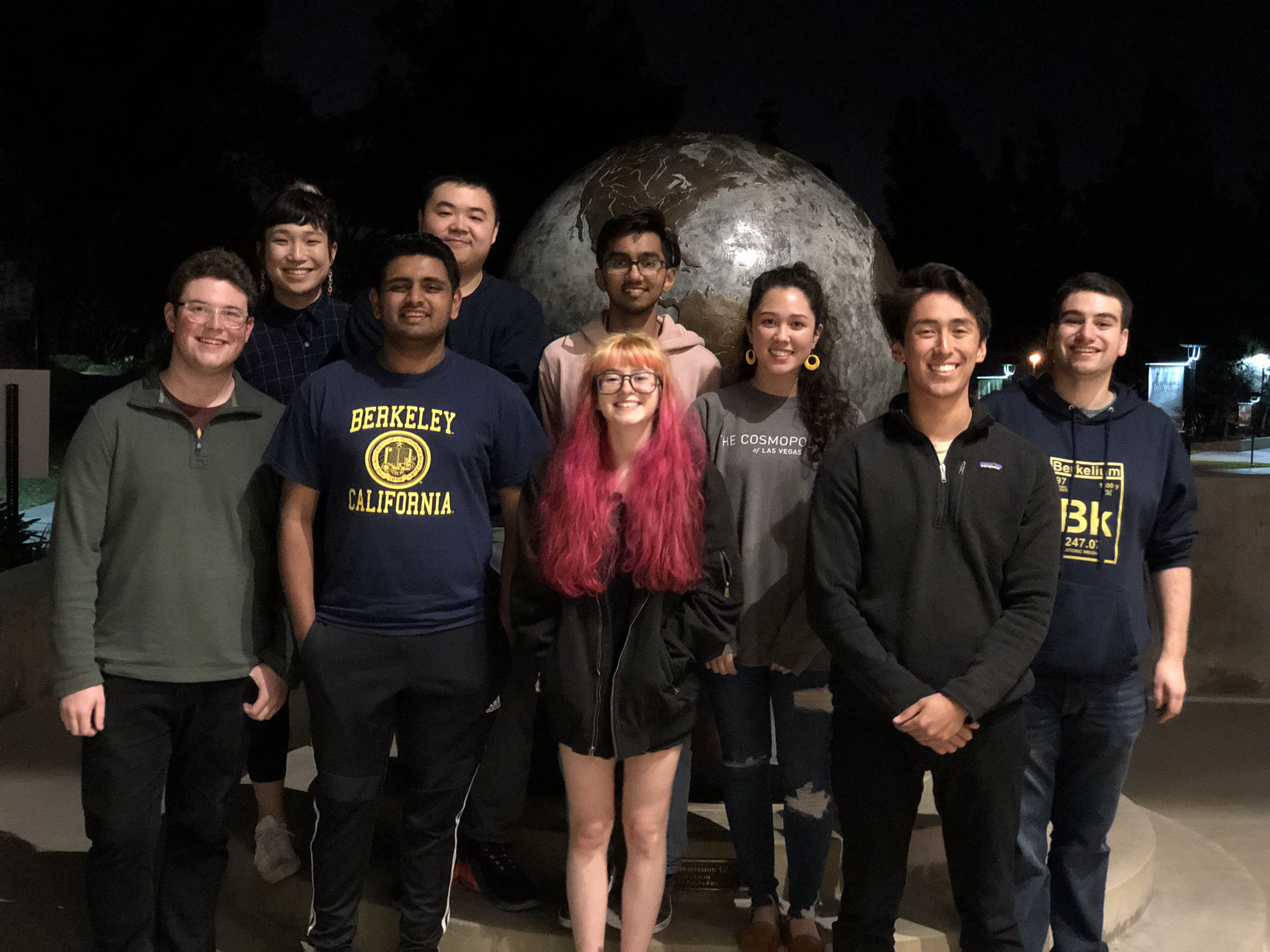 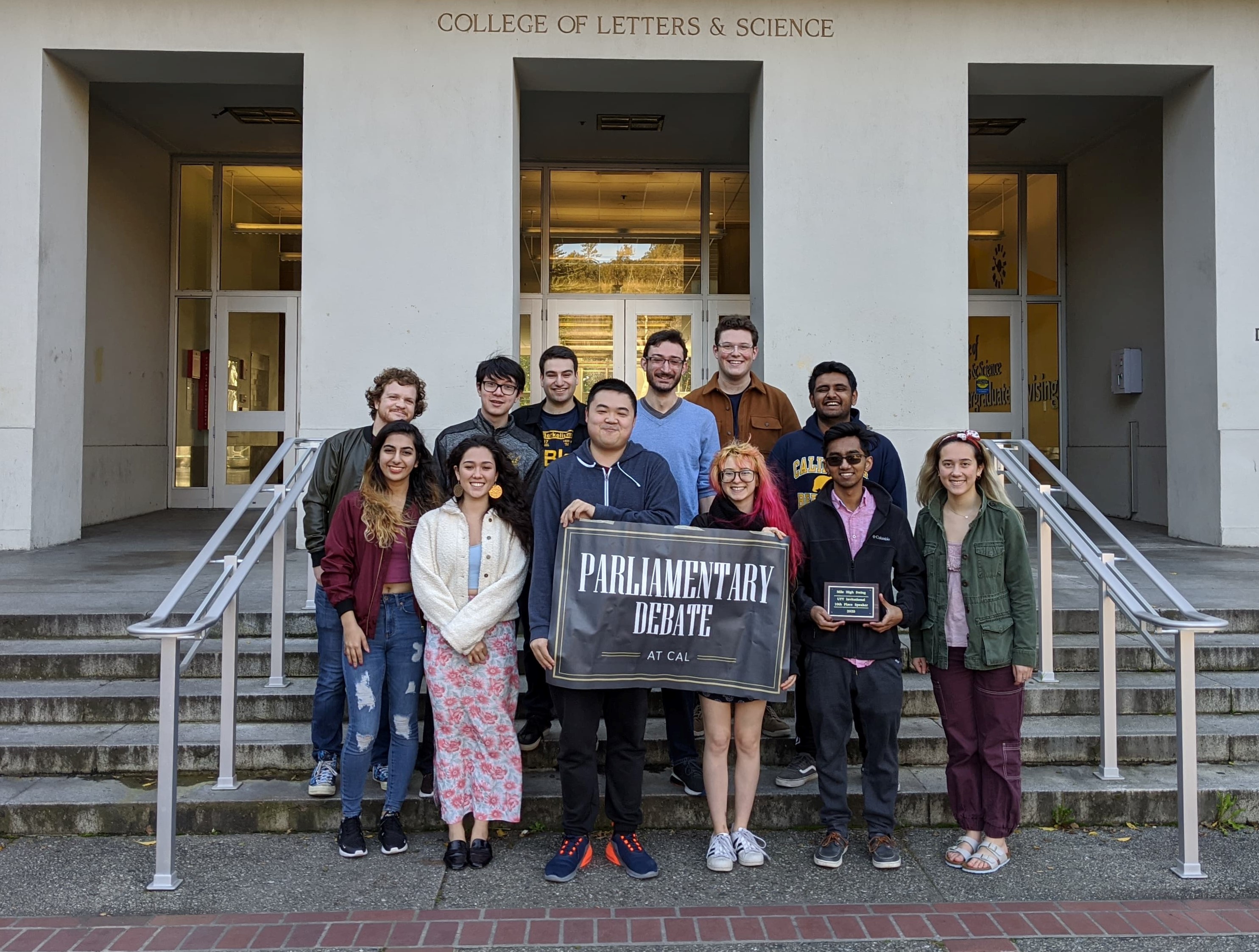 Parliamentary Debate at Berkeley won both swings at the Jan 9-12 Mile High Swing Tournament (formerly the Texas Two-Step Swing), hosted at the University of Texas, Tyler! After competing in 21 consecutive rounds, PDB MY (Miskell & Yang) finished as both Swing 1 and Swing 2 champions, the first partnership, from any school, in Mile High recorded history to do so. Senior Brian Yang also finished as top speaker both swings, and sophomore Amanda Miskell earned third overall, and the partnership is now ranked 1st in NPTE rankings. The team took 1st Place in both Sweepstakes, showing a remarkable performance by all our partnerships. Swings One and Two saw PDB break 4.5 teams (including one hybrid partnership) and 3 teams respectively, and all non-breaking partnerships earned a 3-3 prelim record. PDB KZ (Krishnan & Zhuang) has also qualified for the NPTE, marking our team’s third qualification.

As a whole, Parliamentary Debate at Berkeley made a historic run at Mile High. We congratulate our debaters who competed at Mile High for their incredible performance, and our team alumni (Trevor Greenan, Jessica Jung, Tom Kadie, Henry Tolchard) who supported us with coaching and preparation help to earn Parliamentary Debate at Berkeley this extraordinary achievement.

Get in touch with the Team!